This content contains affiliate links. When you purchase through these links, we may earn an affiliate commission.

When I walk around listening to music, the world seems far away. Everywhere I go, I look for long, elongated hallways where I can do this at least once a day. I walk, swing and dance to the melody of what I’m listening to. The melody coming out of my headphones and filling my mind is a welcome escape, a haven of peace and a museum of wonder.

Music was a way to feel connected to the world beyond my existence. This comes in the form of singing in the car too. Some of my favorite memories with my people are singing loudly out of tune or humming softly while looking out the window. Sometimes we feel like islands that only come together in the waves of familiar sound flowing between us.

Lending music to the words also increases their impact. Many of the lyrics end up casually scribbled or seriously written down in my many notebooks. However, the most defining quality of music, for me, is that it’s not always something I have to think about. It is something that I can simply rejoice or be comforted about even without actively listening.

Everything music means to me made me want to read about it. So here is a list of diverse and brilliant non-fiction books about music.

Hanif Abdurraqib is a spoken word poet and cultural critic. This book is a collection of essays that talk about what music meant to him as a black Muslim living in America.

This line brings out the solidarity and unity that music can bring even without having to lend each other words for it. All of his essays are insightful and written in a rhythm all his own.

Also check out his more recent collection of music essays, A Little Devil in America: In Praise of Black Performance.

Thank you for signing up! Keep an eye on your inbox.

By signing up, you agree to our Terms of use 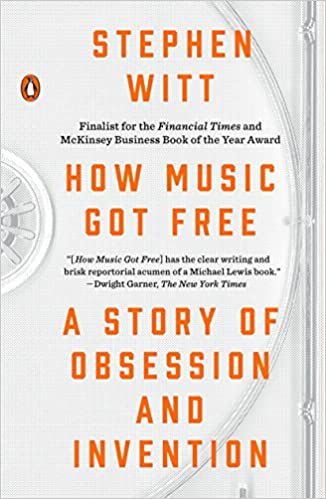 How Music Became Free: A Story of Obsession and Invention by Stephen Witt

If you lived in the days when you had to buy or borrow a CD to listen to an album, you would probably appreciate this book more than the others. Stephen Witt attributes the journey of music becoming free largely to three people. The first is Karlheinz Brandenburg, a German engineer who developed the MP3 method for data compression. He also credits Doug Morris, the music executive who cornered the rap music industry in the 2000s. And last but not least, he credits Dell Glover, a factory worker who leaked nearly two thousand albums. over a decade. It intertwines a narrative with these men, the hacked websites that downloaded this music, and the listeners who witnessed this revolution. 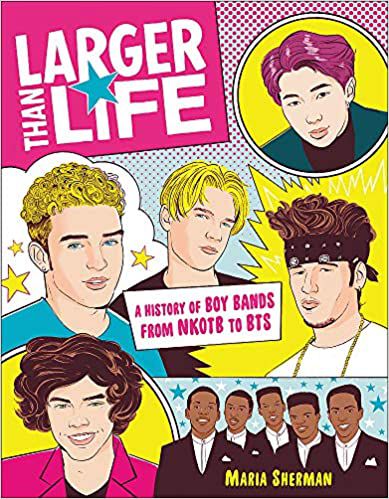 Larger Than Life: A History Of Boy Groups From NKOTB To BTS by Maria Sherman

Whether you love boy bands or love to hate them, you can’t deny that they are an integral part of the musical landscape. In this brilliantly illustrated book on boy bands, Maria Sherman begins with their history highlighting the Beatles, the Jackson 5, and more. She also explores beloved newer bands like New Kids on the Block, Backstreet Boys, One Direction, and BTS. The book ends with a glimpse into the future of boy bands. 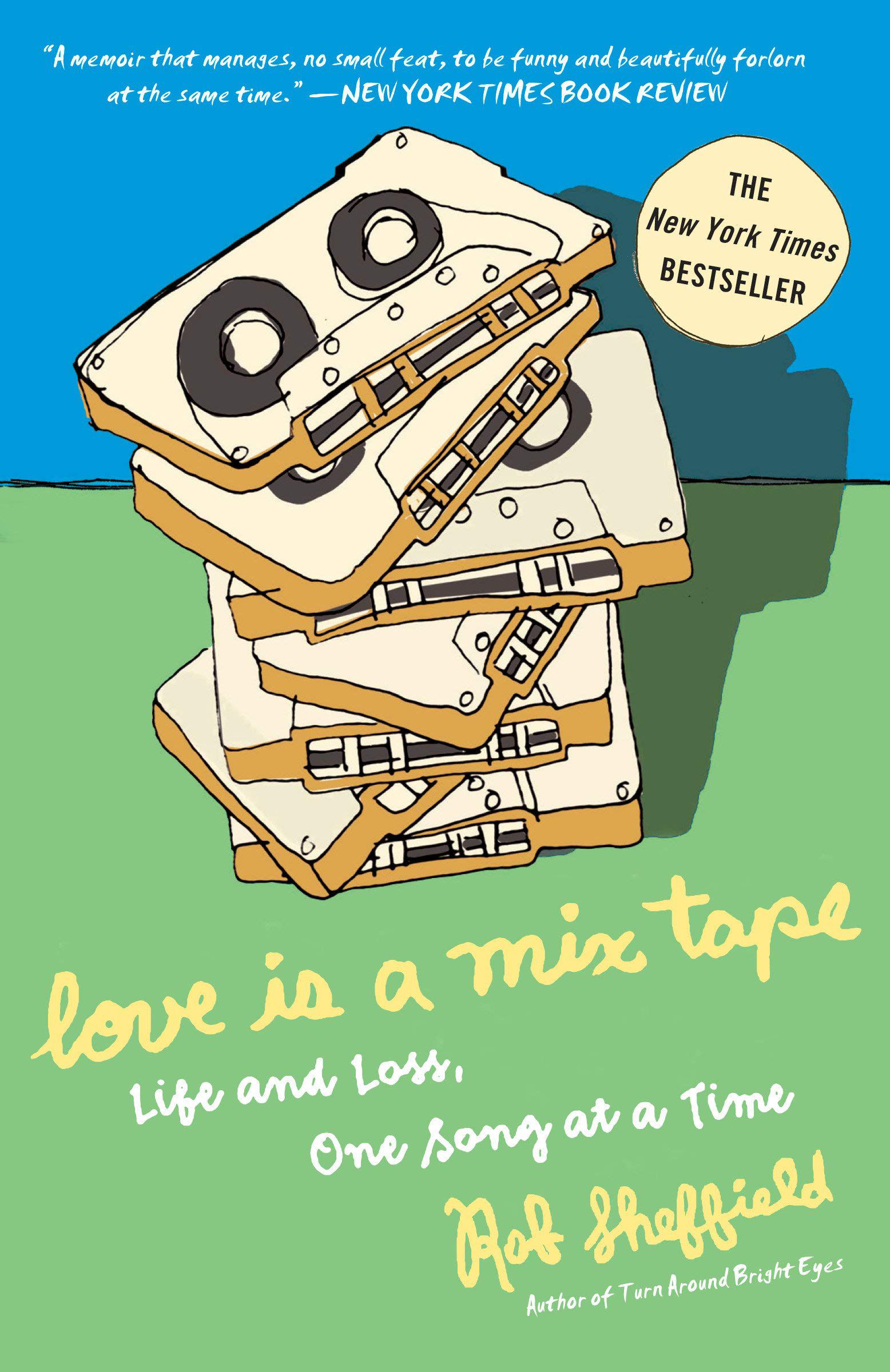 Love Is a Mix Tape: Life and Loss, One Song at a Time by Rob Sheffield

Rob Sheffield is music critic and contributor and editor for rolling stone. He tells how his love for rock music led him to meet his first wife, Renee. They nurtured their love and built their life together. However, Renee died suddenly five years into their marriage from a pulmonary embolism.

In this memoir, Rob Sheffield writes: “Every mixtape tells a story. Put them together and they add up to the story of life.

That’s exactly what he’s trying to do. These mixtapes range from them courting each other, taking road trips, and washing the dishes for her while mourning her loss. Choose this if you’re looking for a heartfelt memoir that leads you to soulful music. 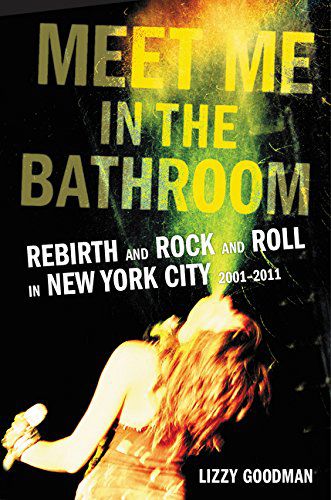 Meet Me in the Bathroom: Renaissance and Rock and Roll in New York 2001-2011 by Lizzy Goodman

If “Meet Me In The Bathroom” reminded you of The Strokes song, it’s because that’s exactly the name of this book. Journalist Lizzy Goodman wrote this oral history based on approximately 200 original interviews with James Murphy, Julian Casablancas, Karen O, Ezra Koenig and many other musicians. It also draws on the experiences of journalists, photographers, music executives, groupies, and anyone with their own take on the New York rock n’ roll scene in the first decade of the 2000s. are not yet convinced by reading this book, watch the interesting interview below to help you decide. 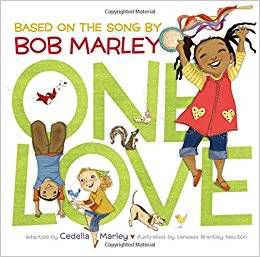 one Love by Cedelia Marley

This adorable picture book is an illustrated version of Bob Marley’s song of the same name. It had me singing “One love, one heart, let’s unite and feel good” while watching a vibrant and diverse performance. If this sounds as cute to you as it did to me, you should check it out! 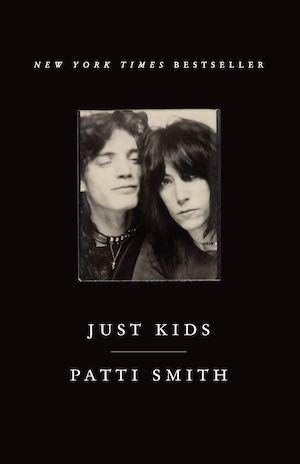 This classic doesn’t need too much of an introduction. He explores the journey of Patti Smith, an influential singer of the punk rock movement in New York with her album Horses. In these memoirs, she explores her relationship with Robert Mapplethorpe in the late 60s and 70s. It’s an enjoyable read even for people unfamiliar with his music or work. 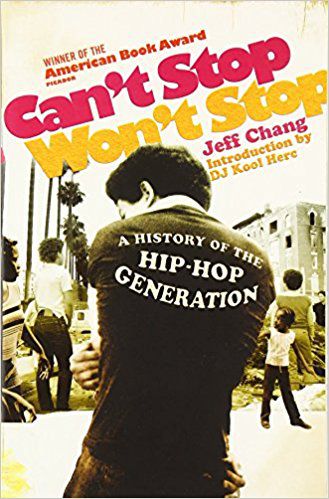 CAN’T STOP WON’T STOP: A STORY OF THE HIP-HOP GENERATION BY JEFF CHANG

Jeff Chang is a music historian and critic who also served as executive director of the Institute for Diversity in the Arts at Stanford. This book uses hip-hop as the lens through which black American culture of the 60s and 70s is examined and celebrated. Watch the author talk about the black freedom struggle and his goal of writing this book in the interview below.