Compared to its predecessors, Bayonet 3 is a much more serious game. There’s not as much levity and offbeat humor given the direction of the plot, which is a shame because irreverence has been one of the calling cards of past entries. Those moments are there, but they feel drowned out by the melodrama and convoluted explanations the plot tries to present to us. As I prepared for the end of Bayonet 3, I was craving a weird moment to bring the levity back, and then I finally got one – a rhythm game involving a frog and an opera. It was also the toughest challenge in the game.

At the climax of Chapter 12, Bayonetta summons Baal, one of her fellow demons who is a giant poison-spitting frog, and through an over-the-top ritual, Baal is able to transform into herself, a magnificent song-singer. opera named Baal Zebul. Bayonet 3 then switches to a rhythm game section where Baal Zebul sings around Paris and destroys a bunch of parasitic insects as they fly towards you in an attempt to possess Bayonetta. By controlling the song of Baal Zebul and with the support of demonic glow sticks and sudden pyrotechnics, you can defeat the bugs and defeat the villain of the chapter.

So what makes this so difficult? On the surface, not much. If a bug hits you or you miss a note, it does almost no damage. It’s basically a show dedicated to being completely over the top. The challenge comes from the bewitchment system, a series of achievements focused on each chapter. Some spells require you to defeat an enemy with a certain weapon, complete a challenge within a certain amount of time, or play a stage as a particular character. None of them are too complicated, and the spell associated with Baal Zebul seems simple at first glance: beat its musical section without taking damage.

Baal Zebul is easy to control. There are only three buttons you need to worry about, and you don’t even have to press them to the beat. You just need to press the Y, X or A button to bring up a screen that will destroy bugs, and pressing the button moves the screen to another position. The song is divided into three sections, with the first section being quite straightforward. Insects fly towards you, you press the button – nothing to do. But then the bugs start popping up in different places and then move on to another button. Then Baal Zebul changes the rhythm of the song. Then you realize that the bugs don’t attack in time with the song; they attack the notes that Baal Zebul sings. Except then it comes back to the rhythm of the song without you realizing it.

The sequence itself is only a little over two minutes long, but the amount of bugs flying towards you is ridiculous and requires outright memorization of not just the song, but the amount of bugs that come in each sequence. So many times towards the end of the first sequence, when Baal Zebul decided to go staccato and punctuate each note before going straight back to legato, a single bug hit me in the shift and made me restart the section.

When I first restarted I realized that you can access the chapter select screen, but if you do you have to fight the boss just before Baal Zebul before you can attempt the challenge again . The checkpoint system of Bayonet 3 is awesome and helps replay some sections in a snap, but I had to fight that same boss countless times just to try the challenge again. 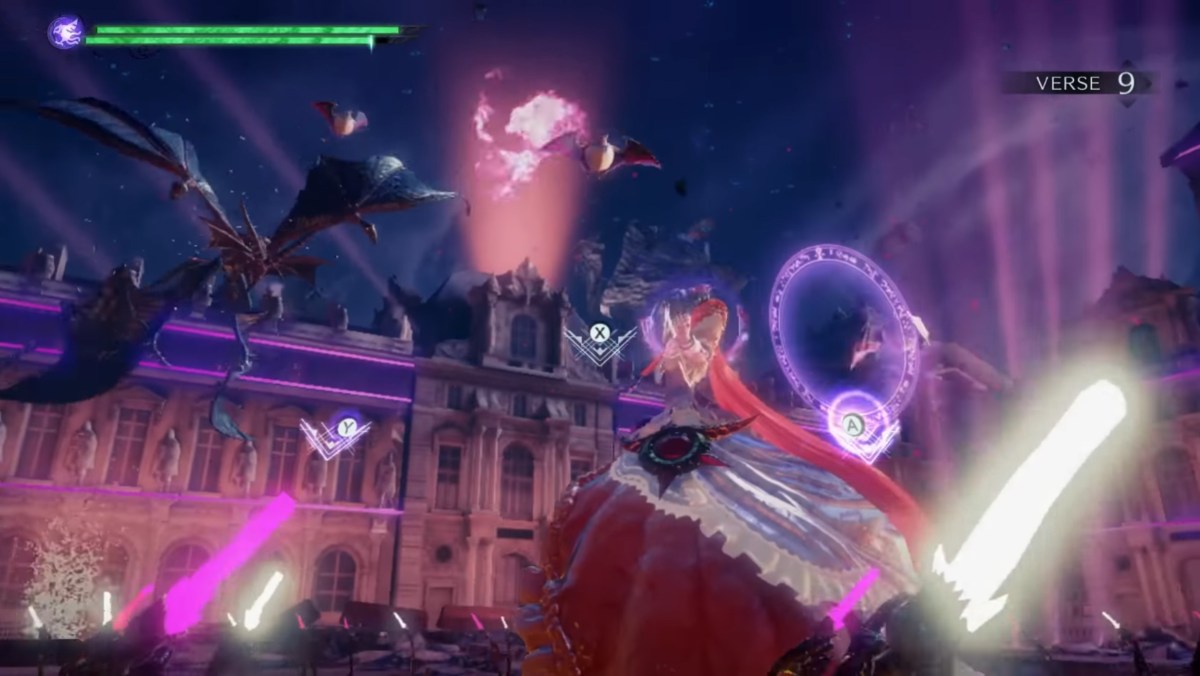 I finally discover by pure chance that, if you go to the Bayonet 3 title screen instead of going to the chapter select screen, you can skip combat and just resume from the rhythm game section. Even then, it doesn’t change the fact that I have to watch the same minute-long summoning sequence and hear Baal Zebul speak in wonder to the huge crowd that’s there for her because you can’t ignore this cinematic.

So I ended up getting the first sequence and the second, shorter section pretty easily. But then the third section has it all derailed as the game throws everything at you. Pyrotechnics and glow stick demon hands start to make the screen visually too chaotic to see bugs. Even then, everything around Baal Zebul is red and purple, so the boss decides to start throwing red and purple enemies at you that blend into the visual garbage behind them. It becomes nearly impossible to see any of the enemies coming towards you due to the visual chaos, including the green bugs that were so easy to see. And again, a blow and you return to square one to complete the bewitchment.

But then I did. Or at least I thought I did. I felt like I had completed the sequence perfectly without a single insect attacking me and the Bewitching jingle sounded to let me know I had won. Except no. Even going to the results screen it didn’t show up, and that’s because I got hit once. A Single the insect hit me and caused such insignificant damage that I didn’t even notice it. And ever since I beat the scene, I couldn’t just go back to the title screen. I still had to beat the first phase of the boss. 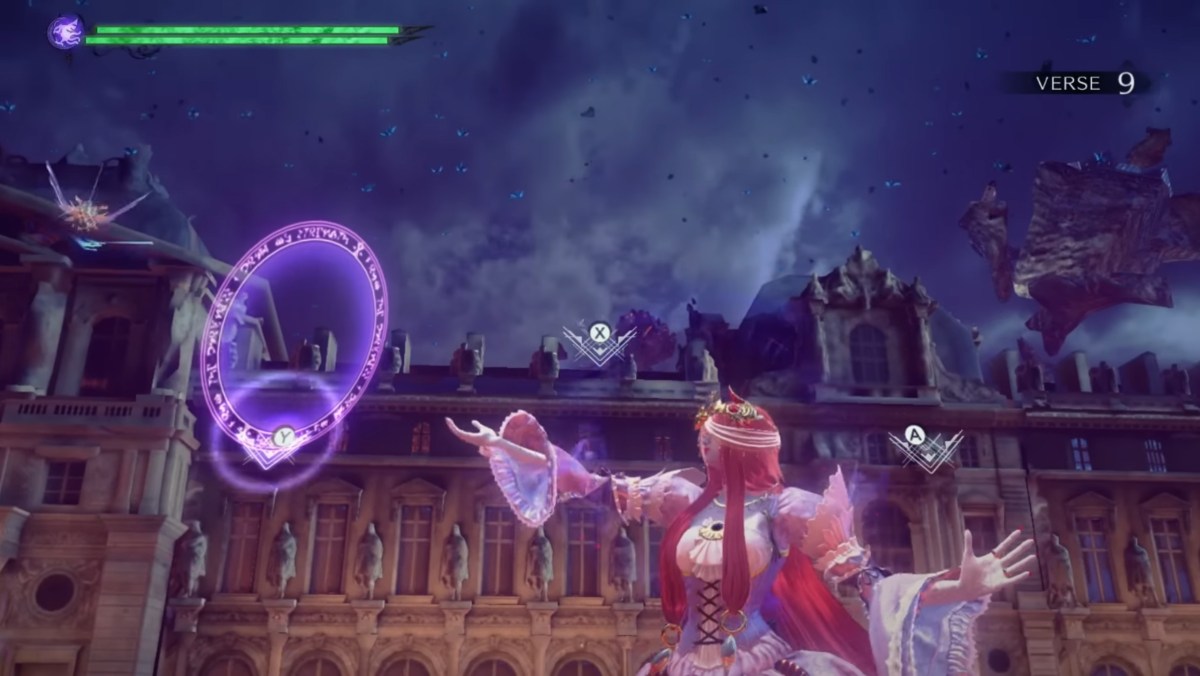 After two and a half hours of trying – fighting that first boss again, watching Baal Zebul’s transformation, and getting closer to the end – I finally succeeded. I perfected the challenge and the jingle popped up. In a game with fast action, I never thought a rhythm section would get the better of me, but how wrong I was.

The secret boss was easier to fight than that, as I could at least spam a few demon summons and abuse Witch Time to claim victory. This is not the case with Baal Zebul. He demanded meticulous perfection and tried to stop me at every possible opportunity. I beat it, but like Mr. Amazing, if anyone ever asked me to do it again, PTSD would run through me and I would have to weakly tell them that I’m not strong enough. I can’t handle the J-pop opera frog.