The works are featured in a solo exhibition by artist Xiong Liang. Photo: Courtesy of Xiong Liang

Pursuing self-awareness and knowledge of life and death, Chinese artist Xiong Liang’s solo exhibition “From Beginning to Infinity” opened in Beijing on Sunday.

The exhibition, which will be held from June 12 to July 31, is divided into two chapters, presenting a series of works created by the Xiong people in different periods. The surrounding topics, including “Center of Self-Awareness”, “Faces and Statues”, “Return to the Observer’s Unknown State”, “Twenty-Four Solar Terms”, and “Walking with the Wind”, the exhibition is an exploration of the transformation of tradition and modernity, the struggle between existence and time, as well as the possibility of language.

“As a poet, every moment of life could and could have been poetic,” Xiong said.

Xiong has made great achievements in China’s original illustration books. Born in 1975, he has created more than 100 illustration books where he values ​​the use of lines and ink in an oriental color concept. His works are inspired by the essence of traditional Chinese art and are very emotionally expressive.

In his creations, the sense of time has completely disappeared where people have entered a state of altruism. Whether in Xiong’s early creations or in exhibition displays, a hidden clue to his awareness of time and death can be traced by viewers. Moreover, Xiong is a person of action. After learning Wing Chun, a Kong Fu style from southern China at the age of 14, he was drawn to strong physical movement.

In this exhibition, a sense of precise control and bodily rhythm can be felt by the audience through its pure visual language. 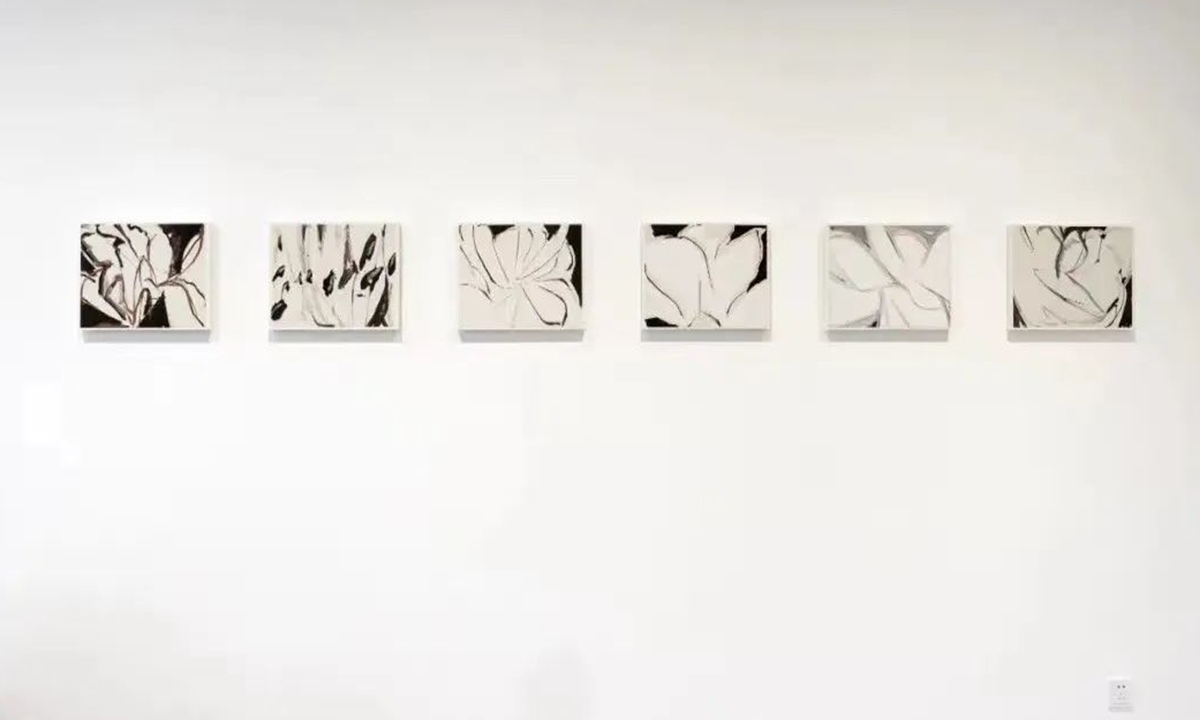 The works are featured in a solo exhibition by artist Xiong Liang. Photo: Courtesy of Xiong Liang