Over his 50-year career, Ted Nugent has sold over 40 million records and performed over 6,750 high-energy concerts. Nugent is also responsible for creating some of the most intense hard rock songs ever written, with “Cat Scratch Fever”, “Stranglehold”, “Free-For-All”, “Fred Bear” and many more.

At 73, Nugent shows no signs of slowing down. On April 29, 2022, Nugent will release their 16th studio album titled Detroit Muscle. A single from this disc has already been released, entitled “Come And Take It”. It’s vintage Ted Nugent, with great guitar work and lyrics that are a big middle finger for anti-gun politicians. This record is powered by the rhythm section of Greg Smith on bass and Jason Hartless on drums.

During this hour-long interview, Nugent was in good spirits and was his usual gossipy verb. Thomas S. Orwat, Jr had many questions for Ted, but decided to let him do most of the talking on a variety of topics very close to his heart. He really is a fascinating individual and he even jammed on one of his fine Gibson Byrdland guitars, also playing the riffs to some of his new songs and classics.

Motor City Madman, Ted Nugent, has released his new single, “Come And Take It”. The song is a powerful and patriotic rock anthem that reminds Americans of our sacred 1st and 2nd Amendment rights. Rights that Nugent defends every day. Watch a lyric video below.

“Come And Take It” is the lead single from the upcoming Detroit Muscle album, which is slated for release April 29 via Pavement Music. The album is produced by Michael Lutz and Nugent.

When asked what inspired the new single, Nugent had this to say, “Being the all-time gonzo progenitor of love songs that I am, it’s only fitting that I release the All-American’s defiant battle anthem from we the people to the punks who dare to step on us. Feel the love! Come and take it at your own risk.

Nugent is ready for the Detroit Muscle release. He notes, “Mighty Motor City is forever known worldwide as the epicenter of high-energy soul music’s ultimate firestorm, and everyone desperately needs a punch of Detroit Muscle now more than never. Relax, it’s good for you.”

Detroit Muscle is available for pre-order on CD and vinyl, as well as special t-shirt bundles on this location. 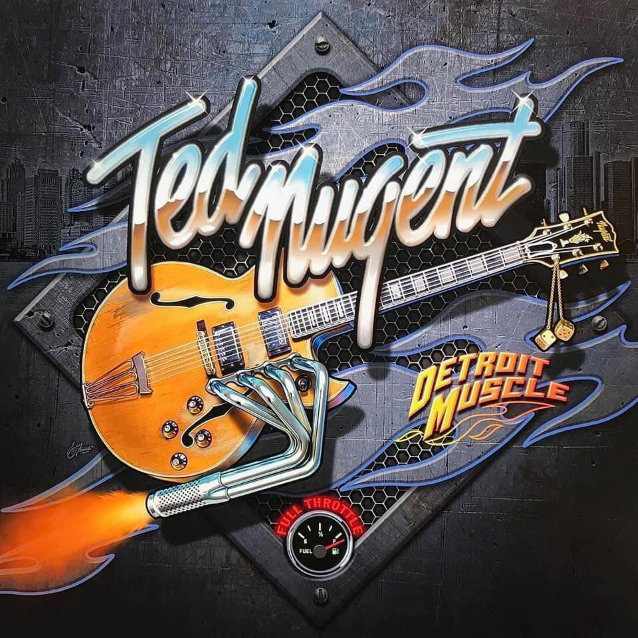 “Come And Take It” Lyric Video: